Should I Repair or Replace My Gutters? 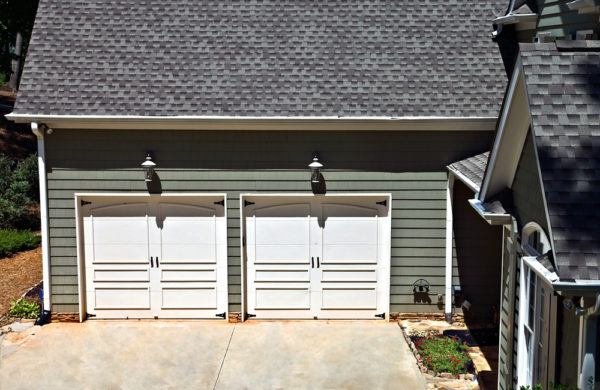 Among most homeowners, gutters tend to be appreciated but seldom noticed. This can be problematic as time passes and seasons take their toll on the structural integrity of a gutter system. Even though steel and aluminum gutters can last for upwards of 25 years, most homeowners only get this type of durability by engaging in timely, biannual maintenance, especially during the winter and fall seasons.

With all that said, it’s important to know when a gutter problem can easily be rectified, and how to tell if you need new gutters altogether.

Do I Need My Gutters Repaired or Replaced?

The difference between gutter repair or replacement comes down to the extent of damage along a given gutter. If the problems are large and cover significant portions of the gutter, an all-out replacement of the gutter is your best bet. If, however, the problems are small and confined, the existing gutter can probably be retained for the time being with repair work on those troubled spots.

Here are several situations where it just takes a simple repair to fix a gutter:

• The damage is confined to merely one or two areas of the gutter. When the problem spots are localized to just a couple of sections, replacements can be made to those particular areas without performing an overhaul on the whole gutter. For example, if the gutter mostly appears to be corrosion free, and there are no signs of mold or water buildup along the overall system except for this one small area, change out that section and leave the rest of the gutter in its current condition.

• The damage consists of merely a couple small holes or minor cracks. If the problem consists of a tiny hole here or a crack there, but everything else appears to be intact and functioning properly, clean the bad spots with alcohol and plug them with sealant. If the isolated holes or cracks are slightly larger, you might need to glue strips of metal flashing over the spots in question before applying the sealant.

• A leak is confined to one particular joint. If there appears to be a leak, however minor, along one of the seams or joints, the problem is likely due to looseness of said parts. The first-best way to rectify this problem is to check the tightness of the joint in question, and screw it tighter if necessary. If the leak still persists, change out that one joint. In cases where an isolated leak is particularly stubborn, the addition of sealant might be necessary to prevent the joint from leaking water for the foreseeable future.

When Gutter Replacement Is Necessary: Problems That Are Too Big to Repair

Here’s a look at when gutter problems go beyond the simple fix:

• The problem spots are everywhere. The most obvious sign that a gutter is beyond repair is when the entire length of the gutter tracks is riddled with problems. For example, if long cracks have formed along the bottom or sides of the gutter, the problem is probably way beyond anything sealant could fix. The same could be said about a gutter that has holes everywhere. If portions of the gutter show extensive corrosion, the only solution is an entirely new gutter.

• The hangers can’t be screwed tight. If attempts to tighten the hangers have failed, despite the drilling of new screw holes and realignment of the hangers, the problem could be due to the fascia board itself. When issues such as mold formation and water buildup arise in a gutter system, the problem will sometimes extend to the fascia board, where moldy water damage can render the wood too weak to bond with fasteners. Thankfully, most gutter repair pros will replace the fascia as part of their service.

• Sections of the gutter fail to bond. If gaps exist between sections of the gutter, and attempts at bonding the sections with sealant have failed to do the trick, it’s time for a new gutter. While you could simply replace your current gutter with something identical, this might not be so wise if gutter gaps have proven to be the Achilles’ heel of your gutter system. As an alternative, Gutter Boyz of ketntucky recommends a seamless gutter system for your next installation.

• The gutter fails to pitch properly. When gutter water fails to flow in the proper direction, the gutter itself has lost its purpose. Simply put, no amount of simple repairs will rectify a situation where the water is improperly pitched. After all, a gutter that’s unable to drain the right way would be similar to a car without a motor. Therefore, when an old gutter fails to send water to where it’s supposed to, it’s time to have a new gutter installed on your house.

• Water damage is evident in the soil. In some cases, the gutter will be clear throughout, yet certain other parts of your property might show evidence of problems that could only stem from a faulty gutter system. For example, if the landscaping near certain downspouts has become messy and muddy, it could be down to an issue where the gutter is overflowing in too many of the wrong areas. A problem this big is best left in the hands of gutter replacement specialists.

• Dents have formed along the gutter. Accidents and freak occurrences sometimes happen, but a gutter is capable of withstanding only so much impact. You might accidentally lean a ladder too heavily against the gutter and cause a dent. Even worse, a tree could fall against the house and form a big crease on the gutter. If the gutter incurs a major dent, you’ll either need to replace the damaged portion, or perhaps the whole entire gutter if your current system is seamless.

• The basement shows evidence of gutter leakage. The downspouts of a gutter are designed to release roof water in manageable amounts. That way, the water enters the soil evenly without causing puddles or other buildups of water. When water leaks into the basement, chances are the gutter hasn’t done its job properly. If the leakage is strong and big puddles or water damage are found in the basement or crawlspace, the gutter has likely failed near one or more of the vents.

• Mold along the floors or walls of dark spaces. Mold materializes when water evaporates into surfaces. Just as with flooding, mold formations in the basement or crawlspace could be caused by an overabundance of water from certain downspouts. If mold growth is evident anywhere near the sections of a basement’s wall that are near the vents, chances are a similar problem has occurred to that of the flooding scenario. An even greater indicator is when the vents are adjacent to the downspouts.

• The foundation of a house becomes compromised. The flow of water can make or break a house. Everything about the design on the upper half of a typical house — from the slope of the eaves to the layout of gutters — is intended to direct rainwater down and away from the house itself. When water flows in the opposite direction, it can sink in beside and under the house and soften the foundation. In cases such as these, the problem is often due to a faulty gutter system that drains in the wrong direction.

• Standing water in the gutter. Gutters are built to gather water and pass it along to downspouts as part of an ongoing drainage cycle. The cycle is meant to perform fluidly each time rain occurs. When the water neither drains nor flows and puddles form along parts of the gutter, the problem is not that there’s too much rain, but that the gutter itself has failed. When the water fails to pass through properly, it could be an issue of clogged downspouts that need to be repaired. However, it’s often a case where the gutter is uneven due to weak fascia or bent and compromised gutter sections.

• The gutters hang outward from the side of the roof. Gutters are intended to stream water that drips from the eaves of roofs and neatly deliver that water to the soil below. The exact process is hard to fulfill, however, when the gutters are unable to stream water the right way. If the gutters are tilting outward, for instance, the water is liable to spill overboard rather than stream through the downspouts. On days of hard rain, this can be especially disastrous as the water spills upon decks, trimmings, potted plants and other features beside the house. In any case, a tilted gutter is incapable of working properly.

• Puddles and mold growth along the side of a home. When puddles form to close to a house, they can pose a threat to the home’s structural integrity. Therefore, gutters are designed to stop these close puddles from forming in the first place. When puddles and mud pits form within inches of a house each time it rains, the gutter has failed to function properly. Likewise, if mold forms along the façade of a house, the drainage function hasn’t streamed as it should. Whether the problem is due to the gutters, downspouts, fascia or hangers, the whole system likely needs to be replaced.

• Paint peels, wood corrodes or rust forms along the outer walls of a home. To a reasonable degree, the structure and paintjob on a house are made to withstand the elements. However, walls are not intended to deal directly with a constant stream of downpour and splashes — it’s the job of the gutter to keep those factors out of the way. When walls endure the direct impact of downpour or, even worse, concentrated guttural drainage, the problem can diminish the home’s overall value. In any case, bent or tilted gutters are likely at fault when walls endure undue amounts of rain exposure.

• Rust forms along the gutters. Despite its ability to withstand most other elements, metal falls prey to rust in a manner that belies the strength of metal surfaces. Rust in a gutter is caused by standing water and moisture, and it begins to corrode the metal. As corrosion intensifies, holes can form like Swiss cheese across vast stretches of a gutter. For obvious reasons, a gutter with extensive rust formation is beyond salvageable.

• Gaps appear between the gutter sections or the gutter and fascia board. If the connections that would normally hold a gutter system together have unraveled all around, simple repairs are unlikely to reverse the trend. For instance, if the fascia board is too compromised to properly support the hangers, a gap could form that would allow for overspill between the fascia and gutter. Likewise, if gaps appear along various connection points of the gutter, the best course of action would be to have the whole thing replaced.